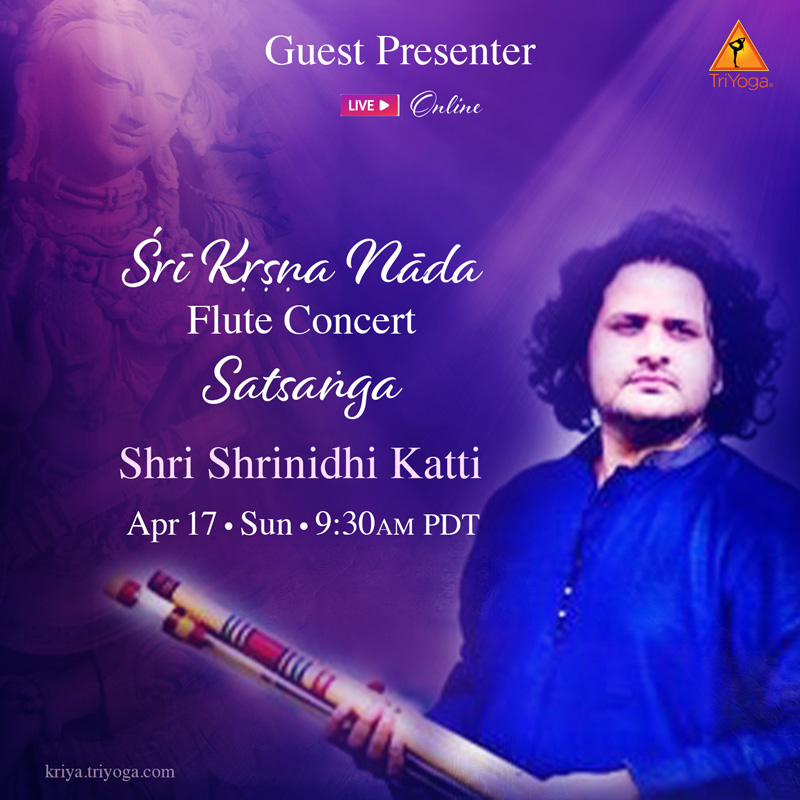 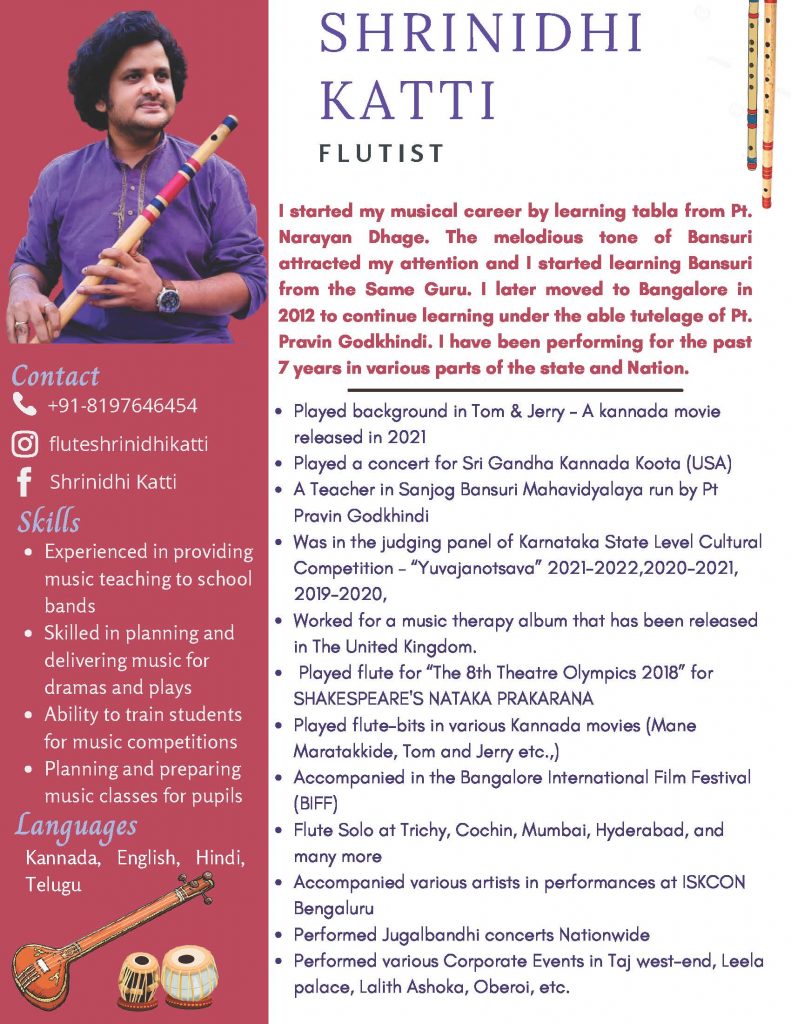 Shrinidhi Katti began his musical career learning tabla from Pandit Narayan Dhage, until the melodious sound of bansuri (flute) attracted his attention and he shifted his musical focus with the same guru. In 2012 he moved to Bengaluru to continue his study of bansuri under the tutelage of Pandit Pravin Godkhindi.
For the past seven years, Shrinidhi Katti has been a bansuri live performance and recording artist in Karnataka state and throughout India, and is a teacher in Sanjog Bansuri Mahavidyalaya, an institute run by Pt. Godhkindi. He has given solo performances in Trichy, Cochin, Mumbai, Hyderabad, and many more cities; played nationwide jugalbandhi concerts; and accompanied various musicians during performances at ISKCON Bengaluru. Internationally, he has performed a concert for the Sri Gandha Kannada Koota organization in the USA. His bansuri playing can be heard on a number of Kannada movies, and on a music therapy album released in the UK.